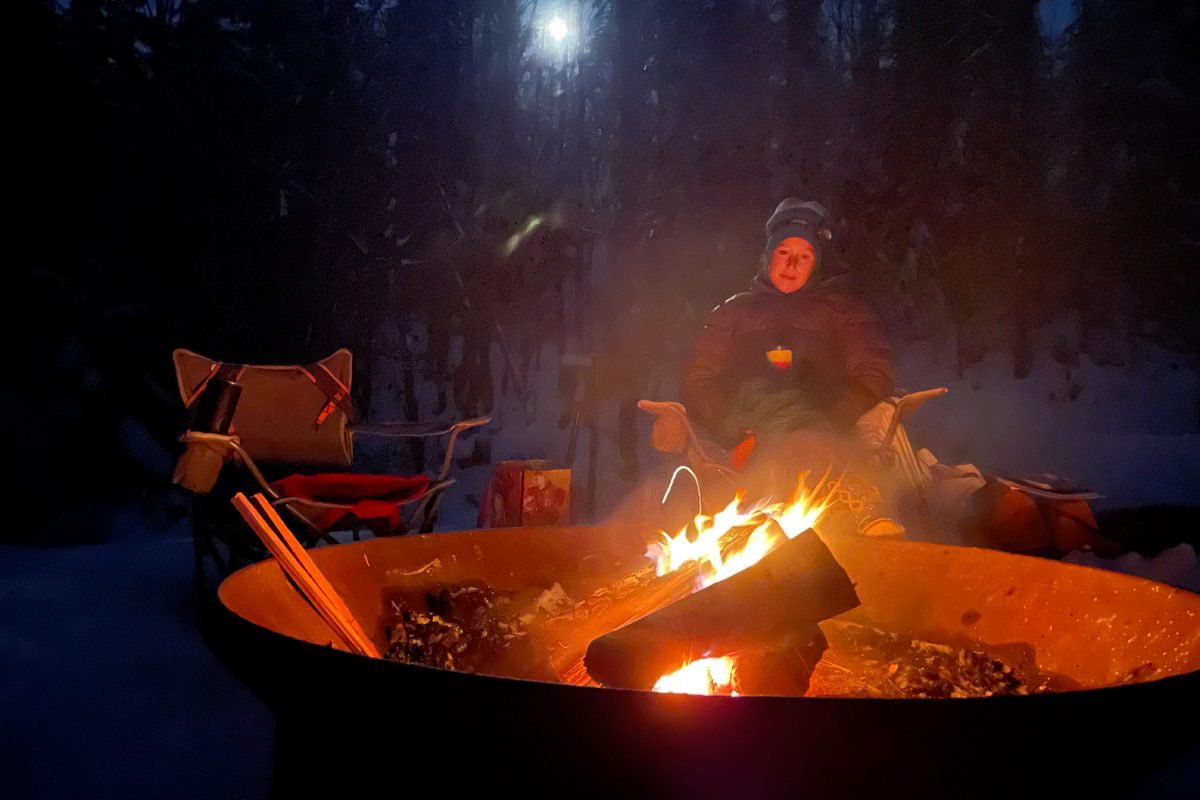 Sitting around a Solstice fire on a snowy Sunday night, my colleague, (wo)mentor and wise friend Jody noted thoughtfully, “Perhaps relentless crisis is the ‘new normal’ (a term we’ve been throwing around a lot these last couple years." I wonder if during wartime, or the Great Depression, people spoke about a “new normal”.) She went on to say, “If that’s true, it will require us to navigate in a whole new way”.

Later that week, as we dove deep into the 4th wave of the pandemic, buried under 40cm of snow in a place where snow rarely falls, a client asked me, “Is this the way it’s going to be going forward?”

I really don’t know, but these conversations got me thinking. Much as I hate to consider that we might be facing an ongoing onslaught of humanitarian and climate crises, it has become impossible to ignore.

It’s unseasonably cold and I own an N-95 mask. Many of us wondered whether it was safe to hug our family and friends over the holidays, if we were lucky enough to even be together. The terms “heat dome” and “atmospheric river” are now a part of my lexicon.

I fought hard against this in my 20s and 30s, encouraging the type of action we must take to stave off climate change. I stood behind and in front of huge banners in Alberta shouting “Stop Climate Change!” but we’re beyond that now. We can no longer “stop” the freight train;  we’re under the wheels. Now we mitigate, now we adapt.

I have truly been one of the lucky ones. For years in Canada, I’ve been cushioned from nearly all of the tragedy affecting less privileged or lower-lying areas on the planet. This year though, I wonder (not for the first time) if perhaps the western world may be waking up. Neighbours in British Columbia have been displaced not just once by fire, but a second time by flood. The Trans-Canada highway washed out, isolating the west coast from the rest of the country. We’ve spent so long in a “State of Emergency” that it seems to have become just the way it is. Is the new normal an emergency? Or is it emergent? I don’t know, but I for one am voting and hoping for the latter.

I go back to Jody’s words by the fire and I think; if relentless crisis is in fact the new normal, it will require our relentless resilience. And how I wonder, might we achieve that? As wilderness therapists and clinical counsellors, Jody and I delight in walking people home to themselves, as they reconnect with their own inner wisdom and the wellspring of their passion, their light, their life.

As we lit the fire on a bed of snow Sunday night, Jody and I basked briefly in its warm glow. Then just as suddenly as it had started, the fire went out. The flames extinguished completely from below, as it got cold from the inside. Jody shook her head in amazement, “That’s burnout,” she said, “literally”.

As for me, the fire going out prompted me to recite a few lines from William Butler Yeats’ poem Second Coming, penned at the end of the first world war.

Turning and turning in the widening gyre
The falcon cannot hear the falconer;
Things fall apart; the centre cannot hold;
Mere anarchy is loosed upon the world,
The blood-dimmed tide is loosed, and everywhere
The ceremony of innocence is drowned;
The best lack all conviction, while the worst
Are full of passionate
intensity.

I said to Jody, “That could have been written yesterday, couldn’t it?”. She nodded, gazing into the fire, and then went on to explain that a winter fire is different from other fires. As the energy radiated outward, the core got cold and the fire went out.  A winter fire requires heightened vigilance, more fuel, more closeness, more heat. Sometimes you may build it up on a base to help it rise above the cold snow below. We both shook our heads in amazed wonder at the way this world is so rich in metaphor. We are all having to stoke winter fires these days.

For the moment, I look to second-by-second self-caring. I don’t mean going to the spa. I don’t mean “self-care” as a passive noun, but as a verb, as the moment-by-moment action of attending to and meeting your needs. It’s imperative that we do this. It’s urgent. As a former flight attendant, I can tell you there’s a reason the phrase, “Please don your own oxygen mask prior to assisting others,” is repeated on every flight. At cruising altitudes, you may have less than ten seconds to do this prior to losing consciousness. Caring for yourself isn’t just a good idea; it’s a matter of survival. As much as possible and as soon as possible, get yourself to a place of safety, physically and emotionally. Breathe. Ask yourself, “Am I thirsty right this second?” If so, take a sip if you can. “Am I cold right now?” If so, add a layer if you have one.

While things feel apocalyptic today, I am reminded that this isn’t our first apocalypse. I’ve begun to wonder how my Grandmothers kept the hearth fires lit through the crash of the late twenties, a Depression and a World War. I know that they succeeded because I am here. I know it really happened because over a cup of tea, I’ve heard them tell of the Dust Bowl and the time the locusts turned the prairie sky black. I wonder what stories I may have to pass down to my own descendants and what I may share with them about these times.

I pause to look up the term “apocalypse”:  from the Ancient Greek meaning “from cover”, or “a disclosure or revelation of great knowledge”.

What if we are living through a revelation? What might we uncover? And how might we link arms such that not only, “the strong survive”?

Joanna Macy, deep ecologist, author and scholar of Buddhism has long been a hero of mine. She is known as a story-teller and change-maker, describing the essential adventure of our time as a shift from an anthropocentric, patriarchal, caste-based, industrial growth, capitalist, hyper-individualistic society to life-sustaining civilization. She calls this process, “The Great Turning”, a notable part of which is, “The Great Unravelling”, the certain destruction of the faulty frame upon which we’ve built the foundation of our modern lives. I wonder if we’re in the midst of this unravelling now.

Macy suggests that a shift in consciousness is necessary to support us through this Great Turning, in which the outcome is currently unknown. According to her, this looks like overturning the old paradigms of rugged individualism and the essential separateness of the self and finding ways to lean on, uphold and honour one another as parts of a larger whole.

Her recipe for resilience for these times guides us to shift our understanding and approach, and to take action from this more life-sustaining frame. Taking action is a key part of the puzzle that will save us from succumbing to either panic or paralysis. It’s why one of Joanna Macy’s guidebooks on life-sustaining social and environmental actions is called, Active Hope. Building a new foundation of understanding and support and acting from this place can provide a much-needed sense of agency in the midst of chaos. It can also help provide the sense of connection and community needed to overcome the impulse to stick our heads in the sand, or to scatter polarized, turning on each other in fear. I mean, it’s been said before, but there’s truth here for us: “united we stand, divided we fall”.

My favourite way to picture this – reaching towards one another in times of crisis – is through the metaphor of Brazilian fire ants in times of flood. As waters rise, these ants link onto one another, forming a life raft to keep afloat. Alone, they perish, but linked as all-one, they rise with the water. To me this mirrors the way in which we must begin to relate to Earth and to one another. It’s evident to me now that this has moved beyond a nice idea I shared with others in my twenties, to a necessity for survival. In our grief for the world and for one another, may we do as the fire ants do and reach out to and for one another.

And may we all rise together.